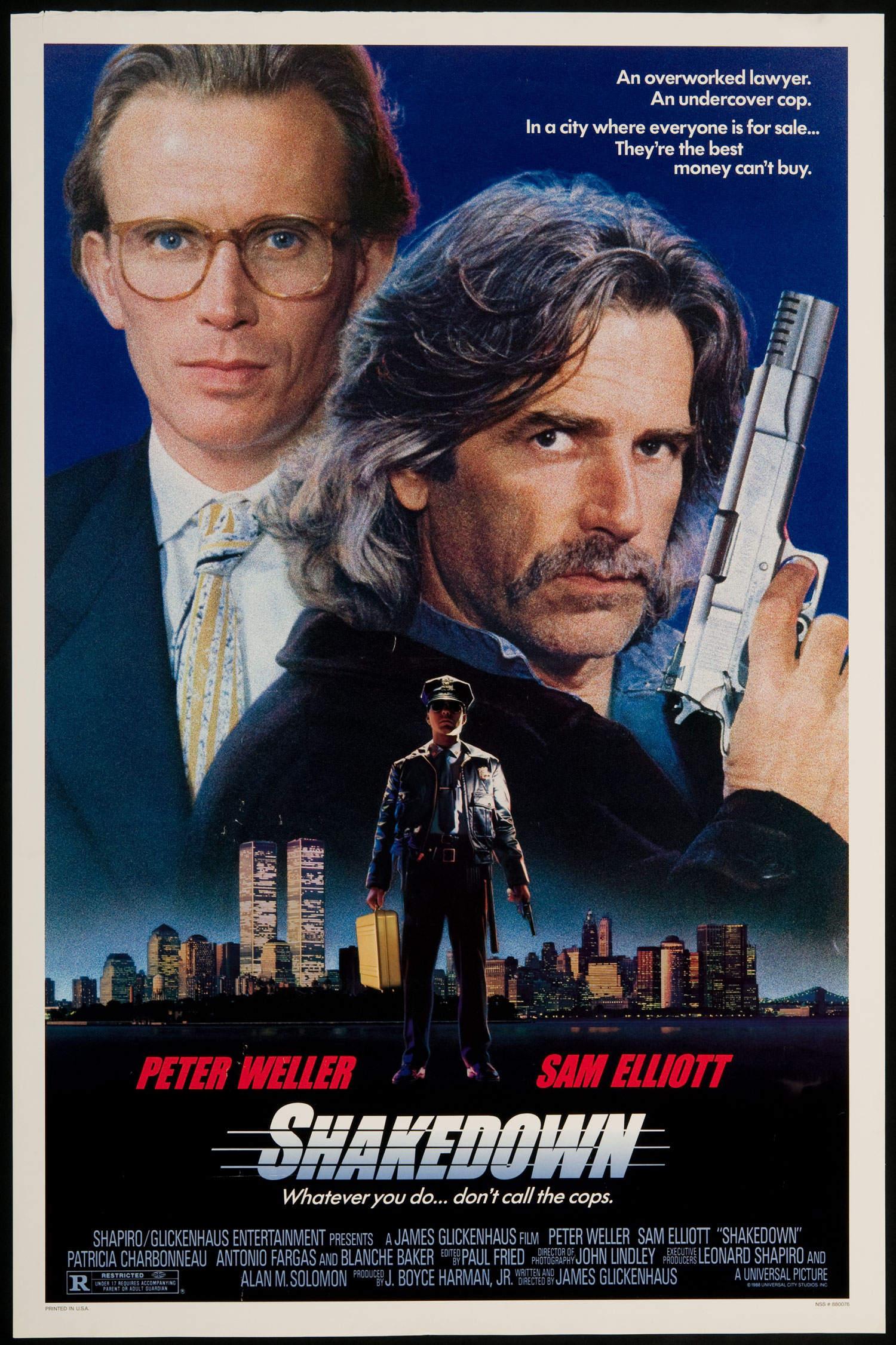 A legal attorney and renegade cop team up to stop a corrupt cop.

tags: When the bad guys have taken over... and the good guys are the worst of all... Whatever you do, don't call the cops.

This thriller movie contains suspense , noisy action-packed with no much sense , intrigue, and thrills galore . It's a brutal and controversial urban film plenty of car crashes , pursuits , trials , police corruption and many other things . Sam Elliot with his usual stoic acting displays efficiently his weapon , Magnum 44 , such as 即Harry the Dirty即 and killing mercilessly nasties . It's certainly exciting , though the morality may be questionable , even in this time, as the spectators were clearly on the Sam Elliott side . The movie provides fast and furious entertainment and action with no sense developing with agility , fast paced and movement . This thrilling story looks increasingly passionless and mechanical , though violence sometimes seems to be considered excessive . Nice acting by Sam Elliot as a renegade loner NYPD narcotics agent and Peter Weller as an obstinate advocate at law . Furthermore, it appears a great secondary cast full of known faces with brief interventions , such as Thomas G Waites , Paul Bartel as Night Court Judge , James Eckhouse , Holt McCallany , Kelly Rutherford , David Proval ,John Finn , William Prince , Harold Perrineau ,Shirley Stoler and John C. McGinley . Mediocre cinematography by John Lindley , though he subsequently photographed Field of dreams , You've a e-m@il (1998) , Pleasantville , Mr Brooks and other hits . Screeching and pulsing musical score by Jonathan Elias .

This moving motion picture in low budget was middlingly directed by James Glickenhaus , being born in New York City where he usually shoots his movies . Glickenhaus served as the chairman for the film company SGE Entertainment from 1987 to 1995; this company specialized in both making and distributing low-budget independent straight-to-video fare. He's an expert on violent action movies and so-so films as proved in 即McBain即, 即The soldier即 and this 即Shakedown即 . He's also directed a Jacke Chan vehicle titled 即The protector即 , the eerie thriller "Slaughter of the Innocents," and the attractive sci-fi romp "Timemaster即 and of course the extremely violent , low-budgeted and successful 1980 movie , 即The exterminator即 , a cruel Vigilante drama . And James was the executive producer for the movies "Maniac Cop," "Frankenhooker," both "Basket Case" sequels, "Ring of Steel," and "Tough and Deadly" . Rating : Average , 5,5/10 but entertaining . The story is goofy but enjoyable and also disjointed. Weller is a legal aid lawyer about to sell out to Wall Street because he is marrying money, and Elliott is an honest cop living in a theater who is estranged from his wife. Weller and Elliott know each other - they are friends with a history, it seems - but why that is the case is never explained. They actually have good chemistry together. Weller catches a case where his client is innocent of murdering a cop; the client is a drug dealer who shot the dishonest cop in self- defense. Elliott works with the same band of dishonest cops that this cop belonged to. Somehow these cops are involved with a gangster - an African-American hip gangster because it is the '80s - who they initially raid but later they work with for no reason that is ever explained. When action is required, the bad guys open fire on innocent bystanders and explosions ensue with no concern for the safety of anyone.

The story line is disjointed. There are leaps of story-telling, e.g., why does Weller think it is such a brilliant idea to break into the police headquarters rather than asking Elliott to get the evidence? Who knows, it just happens. And how does ripping some wires off the back of a roller coaster cause it to jump the tracks? Again, stuff just happens. Peter Weller delivers a great role as a lawyer defending a young black drug dealer who was attacked by an off duty police officer because of the kids skin color. Shows a twist of corrupt cops and racism at it finest.